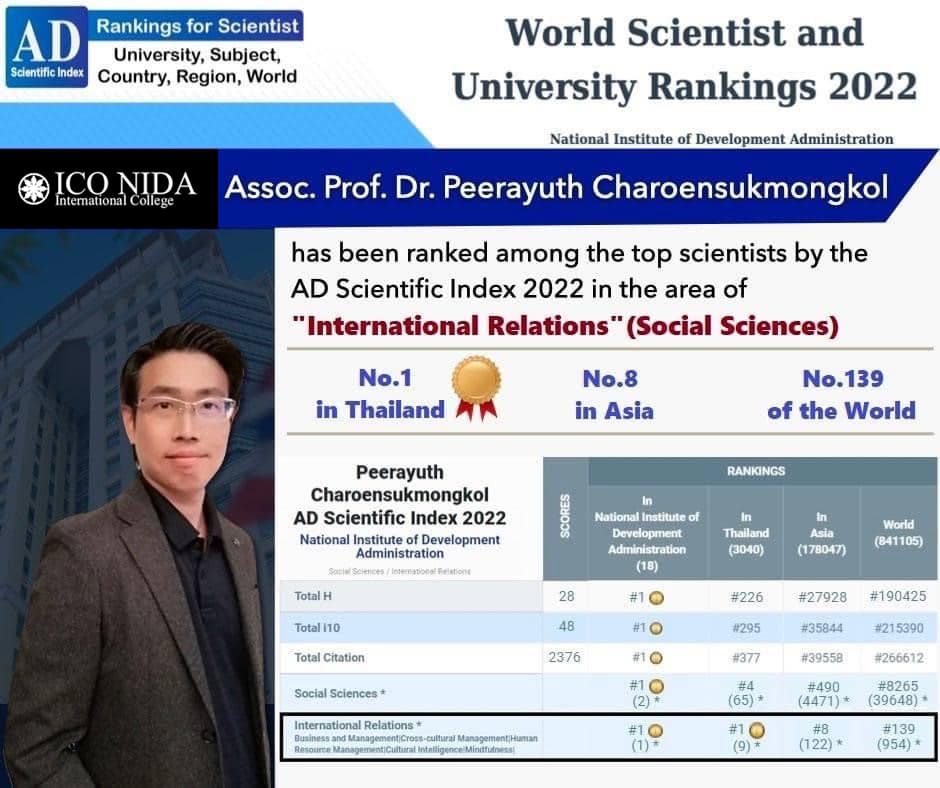 The faculty member of ICO NIDA, Assoc. Prof. Dr. Peerayuth Charoensukmongkol, has been ranked among the top World scientists by the AD Scientific index in the area of “International Relations” (Social sciences).
Number 1 in Thailand
Number 8 in Asia
Number 139 of the World

The AD Scientific Index is a ranking system with a methodology based on the principle of including only meritorious scientists. Based on Google Scholar’s total h-index scores, it lists all academicians, who are ranked in the world in the top 10,000 and top 100,000 in university rankings. 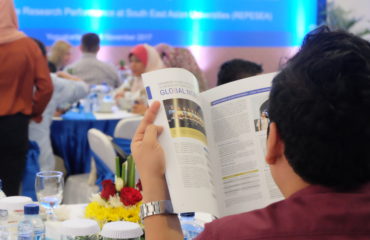 Announcement on Recruitment of Suitable Candidates for the Position of Dean of International College, National Institute of Development Administration